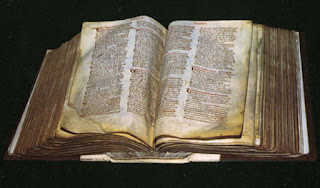 A new interpretation of the survey behind Domesday Book—the record of conquered England compiled on the orders of William the Conqueror in 1086—has emerged from a major new study of the survey's earliest surviving manuscript.
Research published in the English Historical Review shows historians now believe Domesday was more efficient, complex, and sophisticated than previously thought. The survey's first draft, which covered England south of the River Tees, was made with astonishing speed—within 100 days.
It was then checked and reorganised in three further stages, resulting in the production of new documents, each carefully designed for specific fiscal and political purposes. The iconic Domesday Book was simply one of several outputs from the process.
Lead researcher, Dr. Stephen Baxter, Associate Professor of Medieval History at the University of Oxford, said: "Domesday Book is at once one of medieval England's best known and most enigmatic documents. The reasons for—and processes behind—its creation have been the subject of debate among historians for centuries. This new research, based on the earliest surviving Domesday manuscript, shows the survey was compiled remarkably quickly and then used like a modern database, where data is entered in one format and can be extracted in other formats for specific purposes."
Read the rest of this article...
Posted by David Beard MA, FSA, FSA Scot at 17:32