Looking for some natural stone for a rockery in his garden, John Wyatt thought he had found a bargain when he saw a job lot advertised for £50.
He was more right than he knew. For when he took the ton and a half of rock home he discovered that it contained an ancient stone carving worth thousands of pounds.
Mr Wyatt, 32, was cleaning mud and moss off the pieces when he spotted one with a Celtic cross carved on one side and a mythical birdlike beast on the other.
He had the 21 by 15in piece examined by an expert, who told him it dated from Anglo-Saxon times.
Read the rest of this article...
Posted by David Beard MA, FSA, FSA Scot at 09:11

The 2015 EMAS Easter Study Tour is to the North of Scotland, including one day on the Isle of Skye.

We will travel from London Embankment by coach, staying overnight at Carlisle on the 2nd and 7th April.

We shall be based at a hotel in Inverness, which is a very good central point from which to explore the region.

The itinerary includes a wide range of prehistoric and medieval sites, including some of the famous Pictish symbol stones.

Saxon skeleton among discoveries in Aylesham

A Saxon skeleton, Bronze Age urns and Roman domestic objects were unearthed during a dramatic excavation in Aylesham this week. 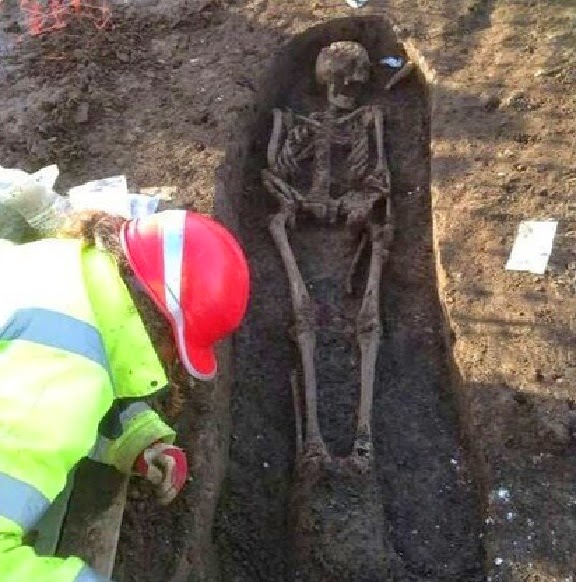 The Saxon skeleton was unearthed in Aylesham  [Credit: Canterbury Times]

The discoveries, some of which are likely to date back more than 2,000 years, were made by archaeologists at the building site of the Aylesham expansion.

A well-preserved skeleton thought to be from the Saxon era - therefore up to 1,500 years old - was lifted from an ancient burial ground by experts.