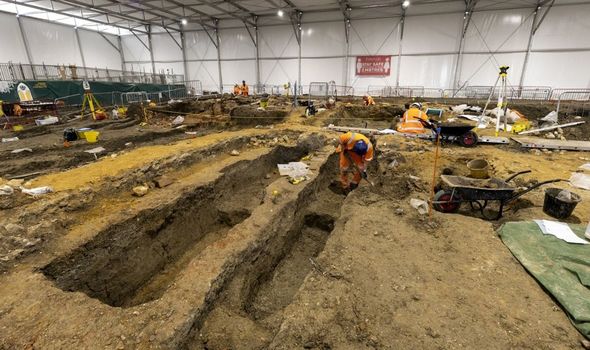 The Norman Conquest of 1066 saw the invasion and occupation of England by an army of thousands of Normans, Bretons, Flemish and French troops under the leadership of the Duke of Normandy, later titled William the Conqueror. After winning the Battle of Hastings, his army captured the south east and seized Dover and Winchester, before advancing to London. Though many English people were not happy about the change in leadership, William was crowned king on Christmas Day of the same year.
Under Norman rule, England changed enormously, with long lasting effects including land ownership, the building of castles and the introduction of Norman laws.
The parish of Stoke Mandeville stood in the way of William’s rolling conquest, and it was here that an isolated church, surrounded by fields and riddled in mystery, stood.
Built around 1080, the Church of St Mary’s was located in a damp, isolated spot around half a mile from the village.
Read the rest of this article...
Posted by David Beard MA, FSA, FSA Scot at 17:53

Archeologists long believed that ancient graves were robbed all over Europe, but here’s why they’re wrong 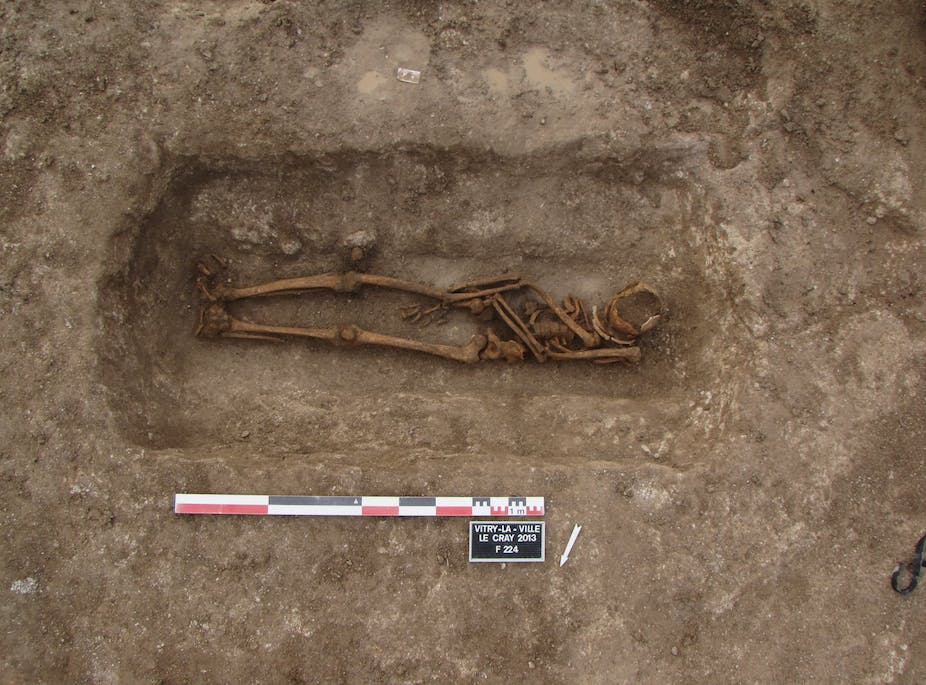 Grave from France where the individual was moved around before he fully decomposed. Éveha-Études et valorisations archéologiques/G Grange, Author provided
From the collapse of Roman power to the spread of Christianity, most of what we know about the lives of people across Europe comes from traces of their deaths. This is because written sources are limited, and in many areas archaeologists have only found a few farmsteads and villages. But thousands of grave fields have been excavated, adding up to tens of thousands of burials.
Buried along with the human remains, archaeologists find traces of costumes and often possessions, including knives, swords, shields, spears and ornate brooches of bronze and silver. There are glass beads strung as necklaces, as well as glass and ceramic vessels. From time to time they even find wooden boxes, buckets, chairs and beds.
Yet since the investigations of these cemeteries began in the 19th century, archaeologists have recognised that they have not always been the first to re-enter the tombs. At least a few graves in most cemeteries are found in a disturbed state, their contents jumbled and valuables missing. Sometimes this happened before the buried bodies were fully decomposed. In some areas, whole cemeteries are found in this state.
Read the rest of this article...
Posted by David Beard MA, FSA, FSA Scot at 16:39 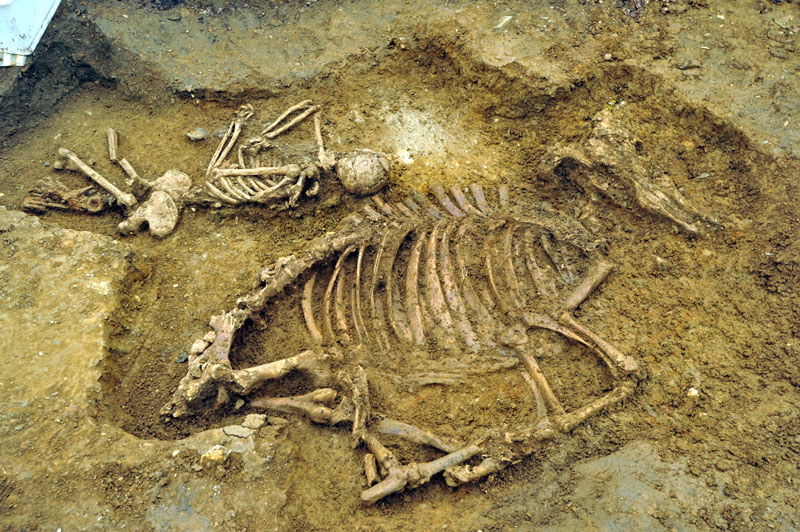 Anglo-Saxons were often buried with everything they would need after death. In this case the dead woman’s family thought she would need her cow in the afterlife.
The customs and rituals for the people of Britain in the early Middle Ages were a mixture of the practices of a number of cultures.
Scandinavians and Anglo-Saxons shared similar ritual beliefs as is reflected in their burial grounds, which archaeologists are still discovering today. Many of the traditions have their origins in the similar religion of the northern European tribes, Germanic or Scandinavian.
Anglo-Saxon burials and barrows
The dead of Anglo-Saxon tribes were either cremated or buried. A great deal of the evidence available for the Anglo-Saxons’ way of life comes from their burial sites. Particularly amongst the wealthy, these burial sites are often filled with artefacts which have been vital to understanding the people and the times in which they lived.
Read the rest of this article...
Posted by David Beard MA, FSA, FSA Scot at 16:32

England After Rome: Angles and Saxons

Great Britain was more adversely affected by the fall of Rome than any other region, as invaders from Northern Europe took advantage of the chaos to form new kingdoms on the tiny island. But what was life like in early Anglo-Saxon England?