A Viking camp that dates back to the 870s has been been unearthed by archeologists in the small village of Repton in Derbyshire.

The new discoveries were located at a campsite in the village, which has been known about since the 1970s.

Techniques including ground penetrating radar were used to reveal evidence for workshops and ship repairs over a much larger area.

A team from the University of Bristol also discovered structures, dating from the winter of 873-874, such as paths and possible temporary buildings.

Excavations showed these to be gravel platforms that may have held temporary timber structures or tents.

There were fragments of Saxon millstones and a cross fragment from the monastery, as well as broken pieces of weaponry including fragments of battle-axes and arrows. 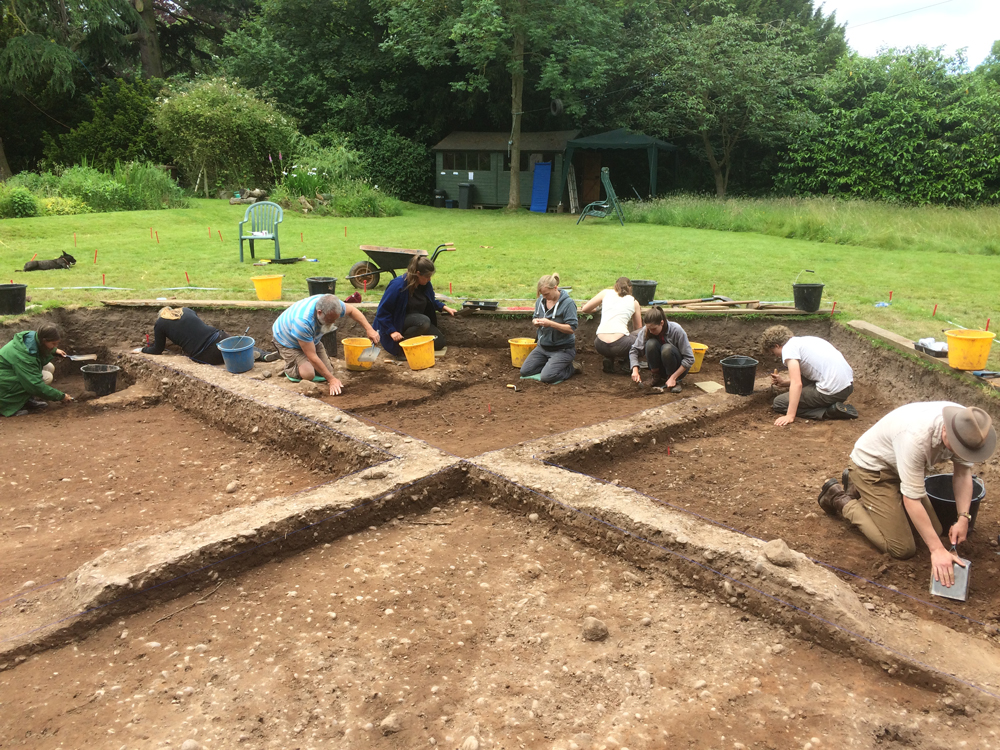 Archaeologists have turned up new evidence about a ninth-century Viking overwintering camp in the Derbyshire village of Repton, according to a report from Yahoo News. The site, which was occupied by a Viking army in the winter of 873-4, was previously excavated starting in the 1970s and was thought to have been limited to a fortified D-shaped enclosure measuring just a few acres. Now, a team from the University of Bristol has found evidence of structures and activities including metalworking and ship repair in the area outside this enclosure. Among the items found there were lead gaming pieces, fragments of battle-axes and arrows, and nails with roves, which are a telltale feature of Viking ship nails. The finds show that the Viking camp was larger and host to a wider range of activities than had been previously known, said Cat Jarman of the University of Bristol. According to the Anglo-Saxon Chronicle, when the Vikings arrived in Repton in 873, they drove the Mercian king Burghred overseas. The researchers also confirmed that a mass grave at the site containing at least 264 people dates to the time of the overwintering camp and likely holds Viking war dead. For more on the Vikings in England, go to “Vengeance on the Vikings.”