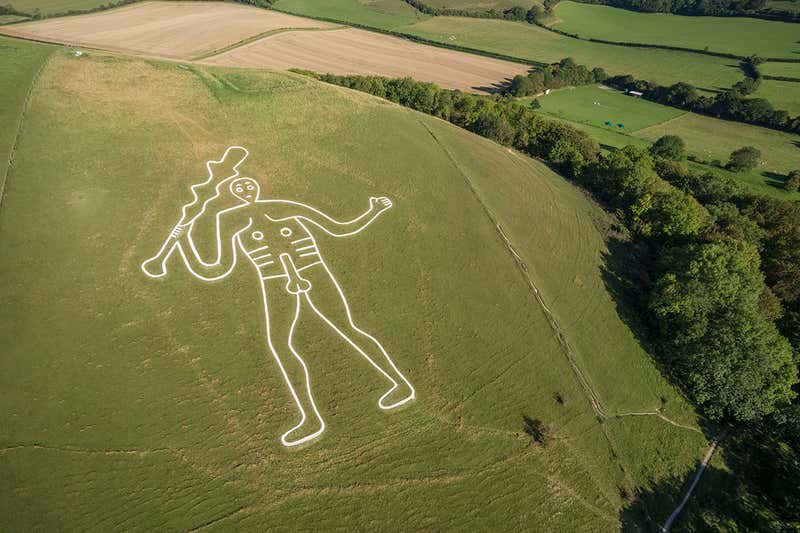 The Cerne Abbas Giant
National Trust Images/Mike Calnan/James Dobson
A mysterious chalk carving of a huge, naked man on an English hillside was made in the 10th century, according to the first attempt to archaeologically date the giant. The finding is unexpected because the earliest mentions of the Cerne Abbas Giant are from just over 300 years ago, suggesting it was forgotten for centuries.
Historians and archaeologists had many ideas about when the giant was constructed, says team member Mike Allen, an independent geoarchaeologist at Allen Environmental Archaeology in Codford, UK. “Everyone was wrong.”
The giant is carved into a hillside overlooking the village of Cerne Abbas in southern England. It is a figure of a man with a large, erect penis, holding a club. It was made by digging trenches into the hillside, then filling them with white chalk.
The earliest known reference to the giant is from 1694, from the records of the church in Cerne Abbas. The giant is absent from earlier records, notably a 1617 survey of the area by John Norden, who was famously thorough,
Read the rest of this article...
Posted by David Beard MA, FSA, FSA Scot at 14:36 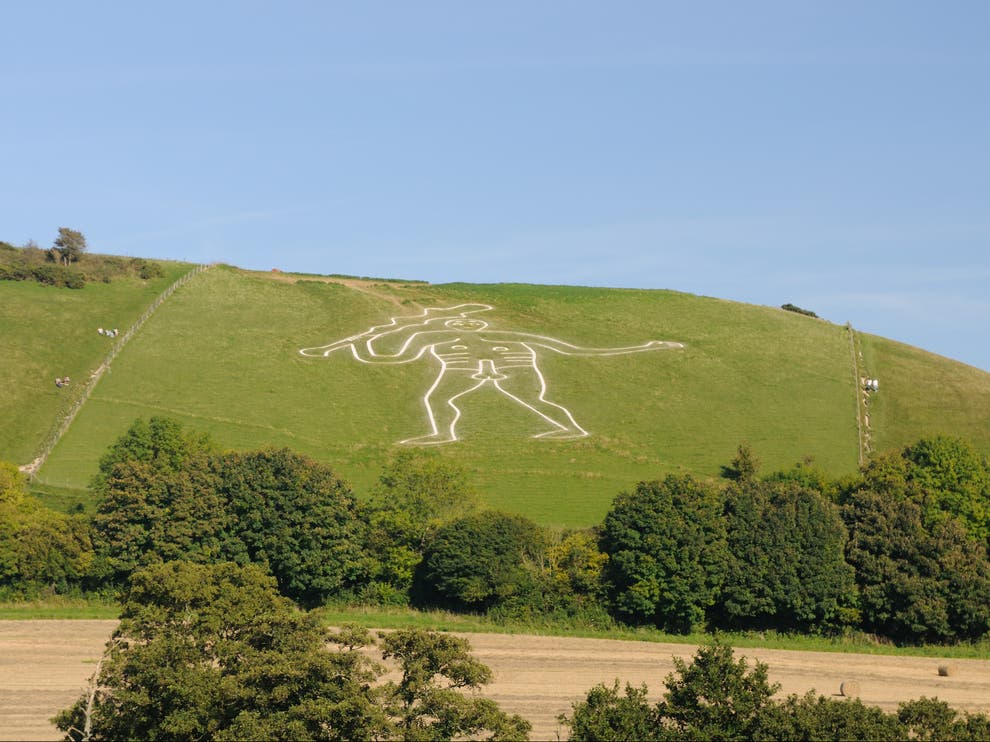