The Worst Year Ever to Be Alive in History 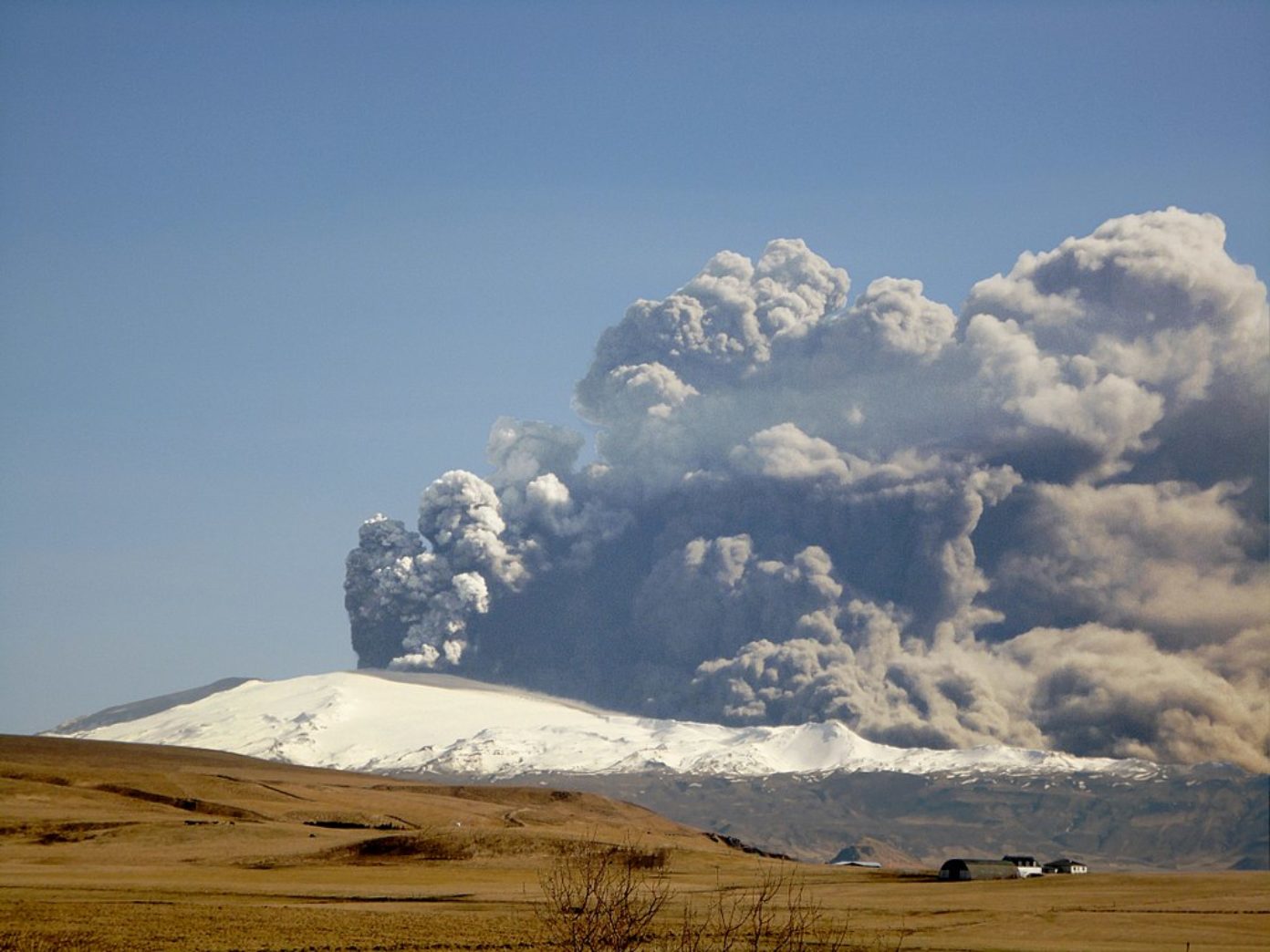 The worst year to be alive? Eyjafjallajokull, the Icelandic volcano that threw transatlantic travel into a tailspin several years ago after it erupted, sending plumes of smoke over the North Atlantic, the UK and the continent. Another Icelandic volcano could have caused enormous disruption in the year 536 as well, according to new research.
Credit: Árni Friðriksson/Wikimedia Commons/ CC BY-SA 3.0
The volcanic explosions of the year 536 caused modern-day researchers to state recently that that year was definitively “the worst year to be alive” in history.
A strange and unsettling fog, which even deprived the world of the sun’s warmth, plunged Europe, the Middle East, and parts of Asia into darkness both day and night for a year and a half starting in 536, causing untold misery across the globe.
The Byzantine historian Procopius made a record of the time and wrote that: “For the sun gave forth its light without brightness, like the moon, during the whole year.”
“One of the worst years to be alive”
Michael McCormick, a historian and archaeologist who chairs the Harvard University Initiative for the Science of the Human Past, says that in Europe, “It was the beginning of one of the worst periods, if not the worst year to be alive.”
Read the rest of this article...
Posted by David Beard MA, FSA, FSA Scot at 18:17 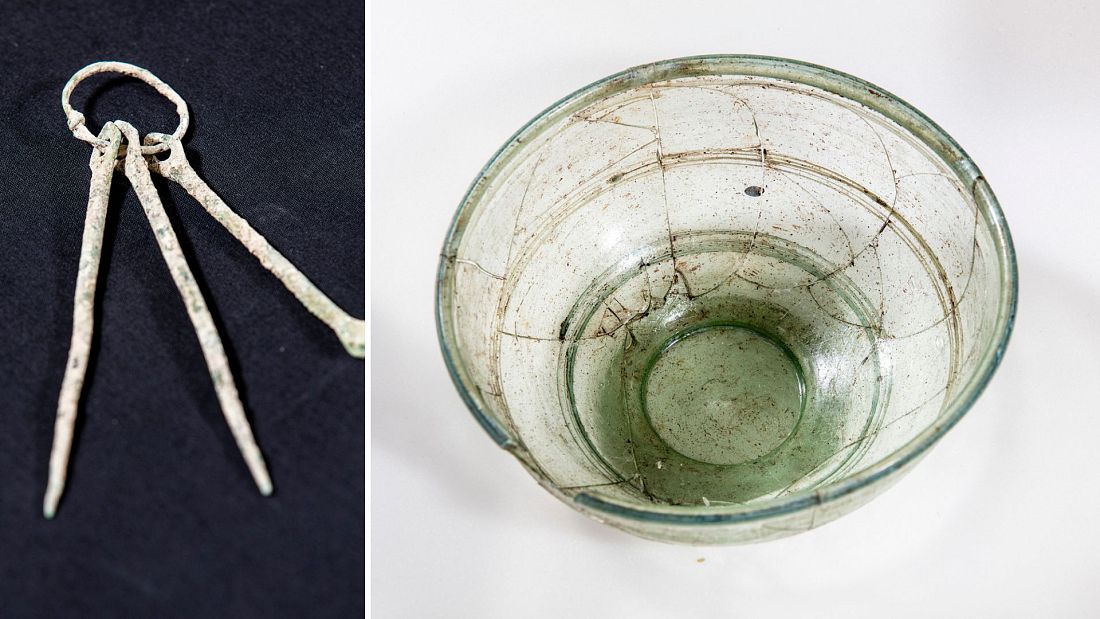 Image shows a toiletry kit and a tubular rimmed glass bowl excavated from Wendover, Buckinghamshire   -   Copyright  AP Photo
Archaeologists working on a site in Buckinghamshire in England have unearthed the well-preserved graves of a clique of wealthy Anglo-Saxons.
The site, which was excavated as part of the ongoing construction of the UK’s high-speed rail service HS2, contains 138 graves and is one of the largest ever uncovered.
Among the items found were a number of grooming tools including earwax removers, toothpicks, tweezers, combs and even a tube that could have contained makeup such as eyeliner; shedding light on how our ancestors practised self-care.
One of the burials, thought to be a male aged between 17-34, was found with a sharp iron object in his spine. Researchers believe he was stabbed from the front before the object embeded in his spine.
The insights offered into Anglo-Saxon life are unprecedented. The site is known to have been used by Romans during the Bronze Age and even in the Neolithic period, but the 5th and 6th centuries from which the objects are dated represents a gap in the historical record.
Read the rest of this article...
Posted by David Beard MA, FSA, FSA Scot at 17:14 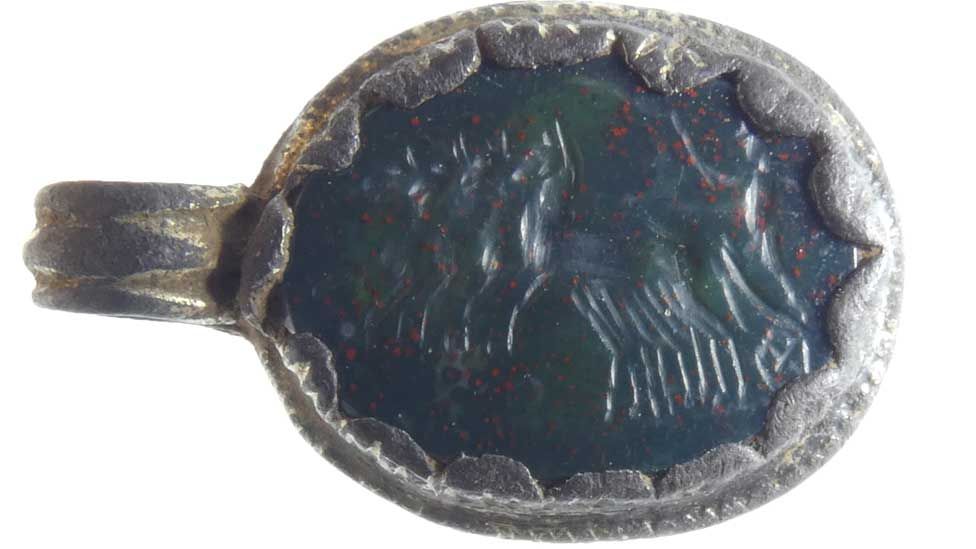 The engraved semi-precious gem is known as an intaglio and shows a figure with a raised whip on small chariot with four horses
A Roman jewel engraved with a chariot and four running horses was found set in a silver Anglo-Saxon pendant by a metal detectorist.
The small piece of jewellery was found in a field near Kingsey, Buckinghamshire, in May 2019.
Historian Edwin Wood said its "high-status" Sutton Hoo-era owner was someone who would have wanted "a direct link with Rome's power and authority".
It was declared treasure by Buckinghamshire Coroner's Court.
Read the rest of this article...
Posted by David Beard MA, FSA, FSA Scot at 16:52