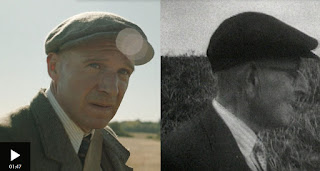 Archive footage from a 1965 BBC documentary shows the real-life archaeologist who discovered Anglo-Saxon treasures at Sutton Hoo.
Basil Brown found the ship burial in Suffolk in 1939 and the event has been turned into Netflix film The Dig starring Carey Mulligan and Ralph Fiennes.
Speaking about the moment he made the discovery, Mr Brown said: "I carefully followed it down with bare hands and a trowel, thinking it was a small boat because you wouldn't expected a ship 80 feet long."
Read the rest of this article...
Posted by David Beard MA, FSA, FSA Scot at 15:50 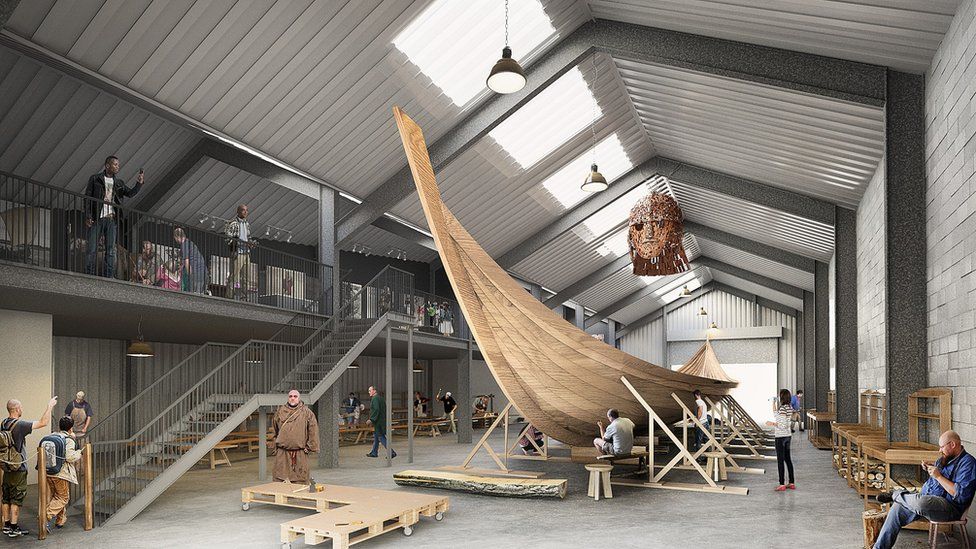 Inside 'The Dig': how the star-studded film squares with reality of Sutton Hoo

Ralph Fiennes as Basil Brown in The Dig. © Netflix 2021
This month sees the release of The Dig, a star-studded Netflix film about the discovery of the Sutton Hoo ship burial in 1939. The grave, made in Suffolk in the early seventh century, centred on a 27-metre-long ship beneath a three-metre-high mound. Inside was a vast assemblage of exquisite objects from an incredible geographical range, spanning Britain, Europe, the eastern Mediterranean, the Middle East and South Asia. Nothing like this had ever been encountered before and it transformed our understanding of England’s early medieval past.
Despite their glitzy appeal, The Dig (based on John Preston’s 2007 book) largely eschews these objects to focus upon the discovery itself and the individuals involved: landowner Edith Pretty (Carey Mulligan), Suffolk archaeologist Basil Brown (Ralph Fiennes), Cambridge academic Charles W Phillips (Ken Stott), and his team, including Peggy Piggott (Lily James), who found the first piece of gold inside. The story of the excavation, overshadowed by impending war, is just as dramatic as the archaeology it uncovered and I am thrilled that The Dig will bring it to a wider audience.
Read the rest of this article...
Posted by David Beard MA, FSA, FSA Scot at 09:56 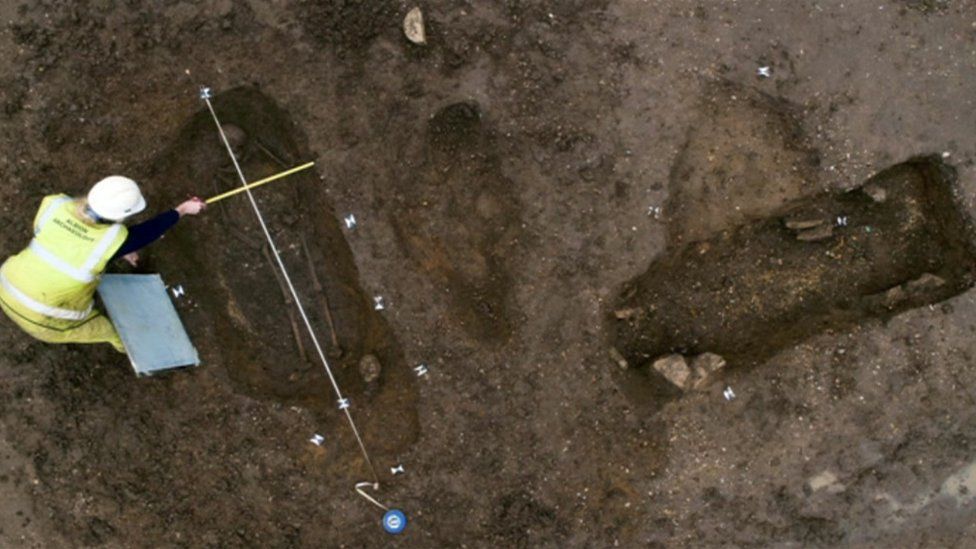