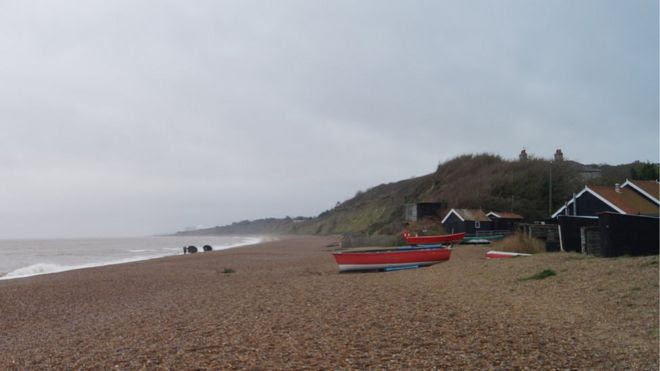 The triangular gold mount, found near Fakenham, is less that an inch in width and length


A "mystery" gold mount found in a Norfolk field has provided "another piece of the jigsaw" for historians looking for Anglo-Saxon settlements.

The item was found near Fakenham and is possibly from a sword grip, but experts say it has differences to similar finds.

Dr Andrew Rogerson, county archaeologist, said: "It's a fragment, but there's no context for it."
No evidence of dwellings has ever been found in the village.

Ibn Fadlan’s vivid eye-witness report of his mission to the Bulgars on the Middle Volga in 921/2 is probably one of the most widely known and intensively studied of early Arabic texts. Yet the importance of Ibn Fadlan and his mission has yet to receive a full and rounded assessment.

Our two-day interdisciplinary conference will draw on historians, numismatists, textual scholars and archaeologists and will attempt to set Ibn Fadlan’s account within the broader context of tenth-century Europe, the Islamic world and the Eurasian steppes. 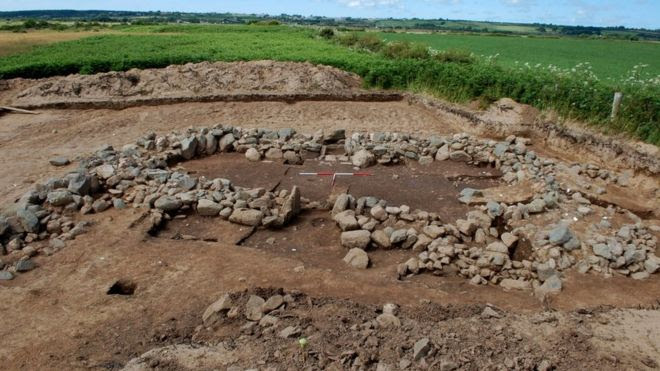 Remains of a house found at Rhuddgaer, near Newborough by
the Gwynedd Archaeological Trust


Archaeologists in Gwynedd have discovered what is thought to be a buried village on Anglesey.

The discovery was made at Rhuddgaer, near Newborough, following a survey using technology to map out buried features without digging holes.

The village is believed to date back to the 7th or 8th Century, after the Romans had fled Britain.

The Gwynedd Archaeological Trust said: "We don't have any others to compare it to as this is a first."

Volunteers joined students and staff from Bangor University to revisit the location where a fourth or fifth Century coffin was found in the 1870s. The coffin is now in Bangor Museum.

From genes to latrines: Vikings and their worms provide clues to emphysema In a paper published today in Nature: Scientific Reports a group of researchers led by LSTM have found that the key to an inherited deficiency, predisposing people to emphysema and other lung conditions, could lie in their Viking roots.

Archaeological excavations of Viking latrine pits in Denmark have revealed that these populations suffered massive worm infestations (link is external). The way that their genes developed to protect their vital organs from disease caused by worms has become the inherited trait which can now lead to lung disease in smokers.

Chronic obstructive pulmonary disease (COPD) and emphysema affect over 300 million people, or nearly 5% of the global population. The only inherited risk factor is alpha-1-antitrypsin (A1AT) deficiency, and this risk is compounded if individuals smoke tobacco. 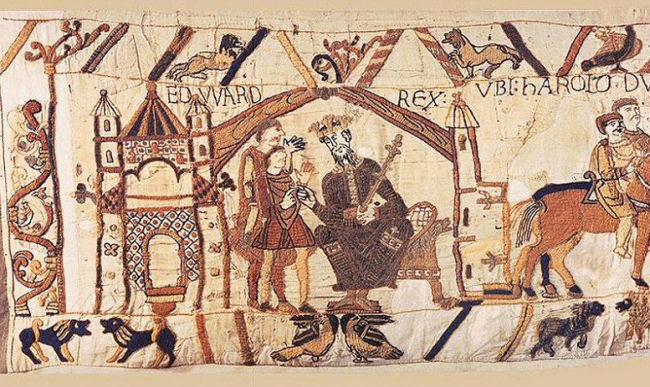 As this year is the 950th anniversary of the Battle of Hastings, Archaeology in Europe has created a new website featuring the Bayeux Tapestry.

The Website gives details of the history of the Tapestry and provides detailed images of the entire tapestry.

There is also a section on the Battle of Hastings and the recent work by Time Team to locate the battle site.

You may also be interested in the EMAS Archaeological Site Tour: “Landscape of the Bayeux Tapestry”

You can find details of the study tour here…