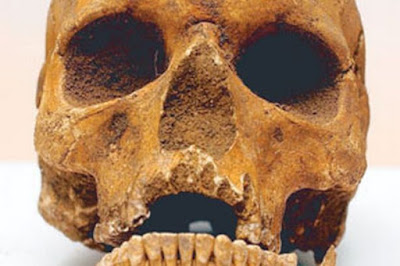 Number of skeletons discovered in Godalming car park rises to 300

The number of skeletons excavated from a former car park has risen to 300, although experts have yet to confirm from which century they date.
Archaeologists are asking for more time to analyse the rising number of remains and 65 other findings such as animal bones, flintwork and fragments of medieval and post medieval pottery, which were previously discovered at the Station Road site in Godalmingnearly three years ago.
The discoveries were initially brought to light in March 2013 when routine archaeological surveys were carried out for the current development ground for affordable homes.
Work to create the 14 new-builds came to an abrupt halt and the findings were later removed ‘successfully’ in June 2014 before being taken to Surrey History Centre to be examined.
Read the rest of this article...
Posted by David Beard MA, FSA, FSA Scot at 17:05

Landscape of the Bayeux Tapestry


2016 will be the 950th anniversary of the Battle of Hastings. The famous Bayeux Tapestry that depicts this battle also presents a map of the events that led up to Hastings.

This study tour will follow the route of this map, starting at Westminster and following Harold’s progression through Normandy, and then on to the arrival of William’s forces at Pevensey and finally to Battle, where we will look at the evidence for the suggested new location for the Battle of Hastings.

Full details of this study tour can be found here... 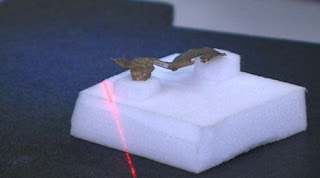 Laser technology is being used to help create replicas of items from the Staffordshire Hoard.
The hoard contains 3,500 items of jewellery and weapons from Anglo Saxon times with a value of more than £3m.
The Jewellery Industry Innovation Centre in Birmingham is working with the city's Museum and Art Gallery to make pieces to go on show to the public.