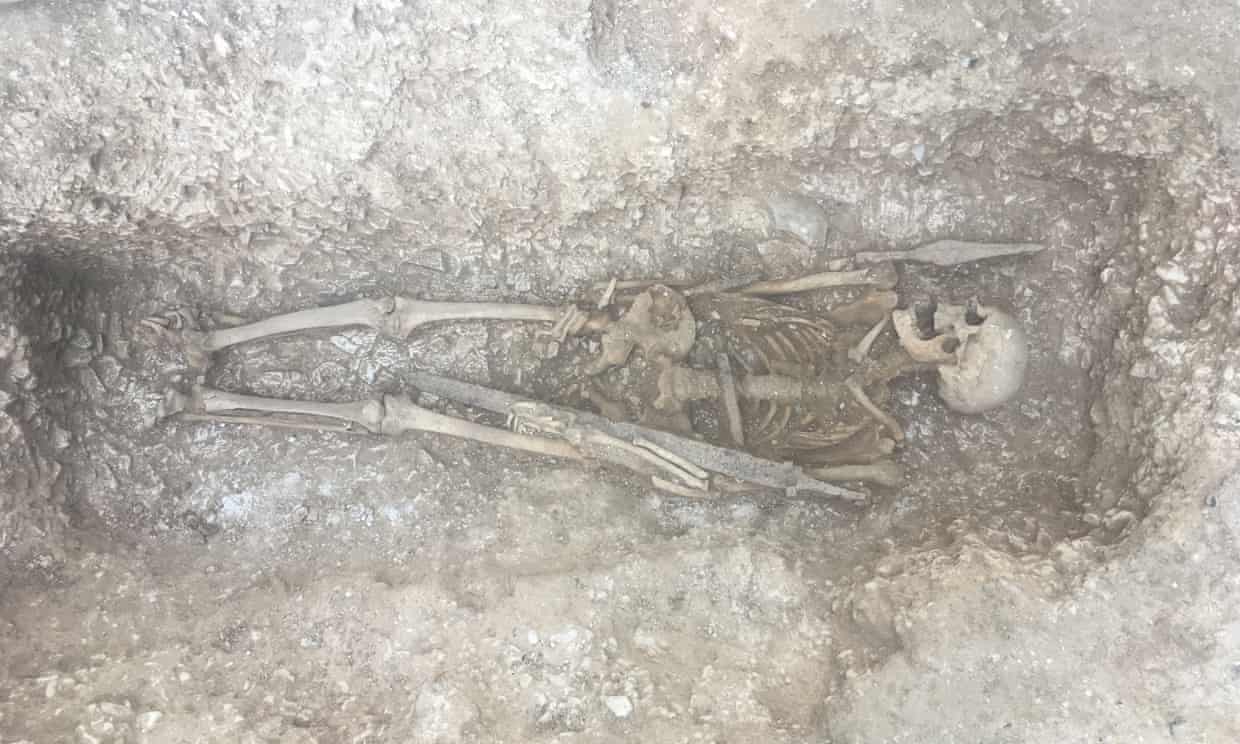 This 6th century Saxon warrior with spear and sword, was found underneath a military trackway, frequently crossed by tanks and huge military vehicles.

On the last day of an excavation by soldiers within the military training lands on Salisbury Plain, they found a comrade in arms: the grave of a 6th century Saxon warrior, buried with his spear by his side and his sword in his arms.

His bones and possessions, which included a handsome belt buckle, a knife and tweezers, were remarkably well preserved despite his grave lying under a military trackway on which tanks and massive military vehicles have been trundling across the plain. Pattern welded swords, high status objects, are rarely found intact: his was lifted in one piece, complete with traces of its wood and leather scabbard.

Dr Tim Pestell, Senior Curator of Archaeology at Norwich Castle Museum and Art Gallery, on the recently acquired seventh century Winfarthing burial treasures and what they tell us about Anglo-Saxon East Anglia

Everyone goes “wow” over the pendant, but it is actually one component of a fascinating burial assemblage from the grave of a wealthy female dating to the seventh century. As much as the wonderful pendant stands out, the real story is as much about what we didn’t know about the Anglo-Saxon period at that date in East Anglia.

The find is also an example of really good metal detecting practice. A history student from UEA had been doing a lot of metal detecting on this particular farm in the parish of Winfarthing and in December 2015 he heard a fantastic signal. He dug down and realised that the bronze bowl he had found was beneath the plough soil.