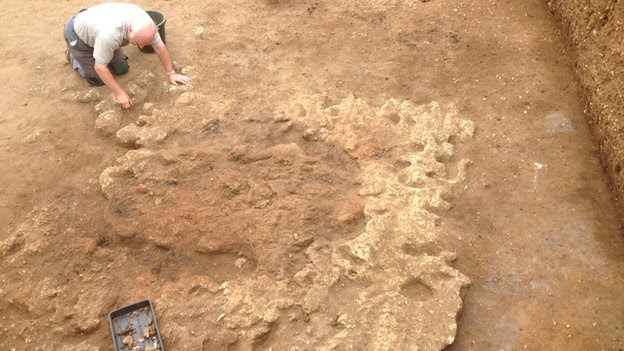 The oven could be used for at least three tasks - to bake bread, malt barley and dry out grain


A structure uncovered by archaeologists in Norfolk has been confirmed as a 1,300-year-old "rare, multifunctional oven".
The Anglo-Saxon oven was found during an annual dig in Sedgeford, near Hunstanton.
Supervisor Dr John Jolleys said it would have been used to bake bread, malt barley and dry grain.
A second oven and a Saxon pot have also been discovered.
The volunteers initially thought the oven dated back to the Roman times, but the discovery of part of the Ipswich ware pot dated the oven to between 650 and 850 AD.
Read the rest of this article...
Posted by David Beard MA, FSA, FSA Scot at 11:49