Archaeologists unearth section of an Anglo Saxon cross in Weardale 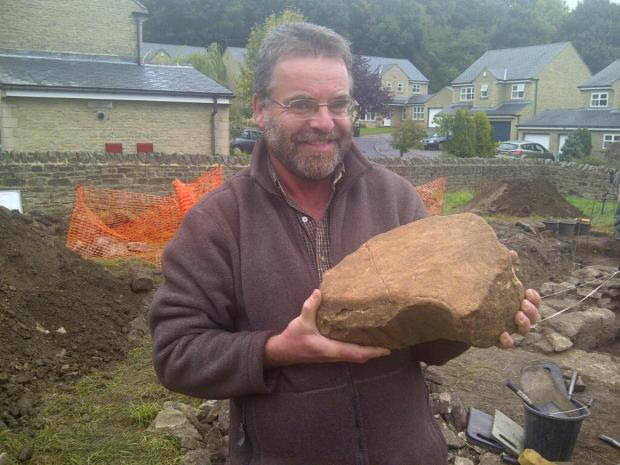 Paul Frodsham, of the AONB Partnership, shows off the section of an Anglo Saxon cross unearthed during a dig in Frosterley


ARCHAELOGISTS excavating a medieval church in a dales village have found further evidence that the site was an Anglo Saxon settlement.
A carved section from an eighth century stone cross was unearthed during a dig at St Botolph’s field in Frosterley in Weardale this week.
The discovery was met with great excitement from the archaeologists and volunteers who were digging on the site as part of the Altogether Archaeology project.
Paul Frodsham, historic environment officer at the North Pennines Area of Outstanding Natural Beauty (AONB) Partnership, which is leading the project, said: “This is not the kind of thing that happens every day
Read the rest of this article...
Posted by David Beard MA, FSA, FSA Scot at 17:43