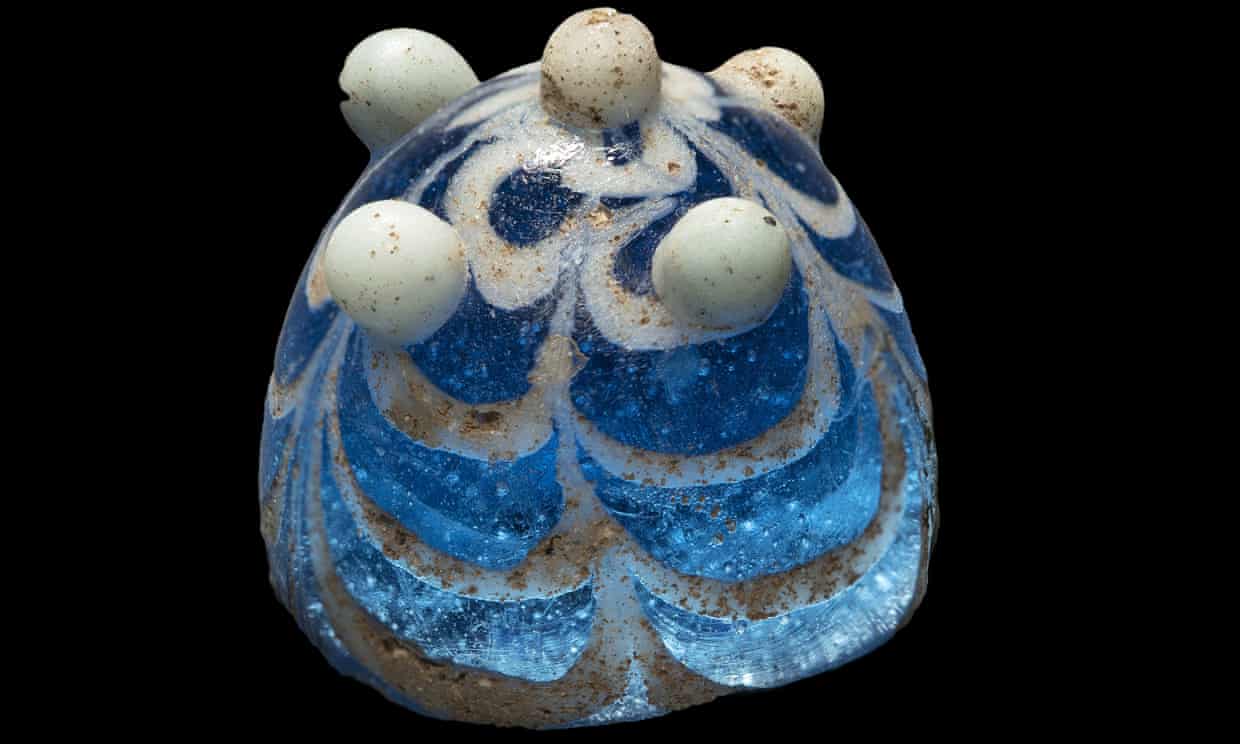 The piece of worked glass unearthed during an excavation on Lindisfarne.
Photograph: Jeff Veitch

It is not large – the shape and size of a chocolate sweet – and might easily have been discarded as a pebble by a less careful hand.

But a tiny piece of worked glass unearthed during an excavation on Lindisfarne has been revealed to be a rare archaeological treasure linking the Northumbrian island with the Vikings, from the very beginning of one of the most turbulent periods in English history.

Archaeologists believe the object, made from swirling blue and white glass with a small “crown” of white glass droplets, is a gaming piece from the Viking board game Hnefatafl, or a local version of the game.

Whether dropped on the island by a Norse raider or owned by a high-status local imitating their customs, the gaming piece offers a rare tangible link between Lindisfarne’s Anglo-Saxon monastery and the culture that eventually overwhelmed it.