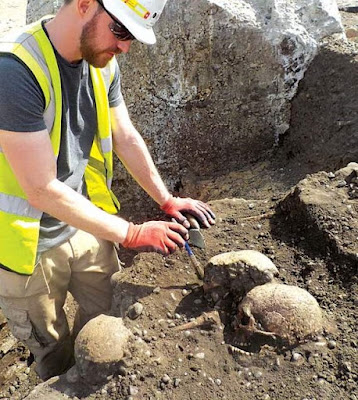 Oxford Archaeology have uncovered evidence of nearly 3000 years of human activity on the west side of the site which in ancient times would have been a gravel peninsula surrounded by marshlands.

Surprisingly a burial site with 76 skeletons have been found which have been radio carbon dated to the late 7th or early 8th century meaning they are former inhabitants of Saxon Woolwich.

Project manager David Score said ‘It is amazing to find such a large number of relatively well preserved skeletons, despite all the later building on the site over the years. They seem to represent a mixed population with males and females, children and adults present. Only one possible knife was recorded as a probable grave deposit so it seems that the burials do represent an early Christian tradition’.