As an invitation to explore the wonders of Old English, hand-saex is certainly arresting.

The Dictionary of Old English, based at the University of Toronto (doe.utoronto.ca), offered hand-saex as last week’s “word of the week.” Reader Susannah Cameron spotted it and sent the reference to Word Play. “Have to admit it caught my attention,” she said. 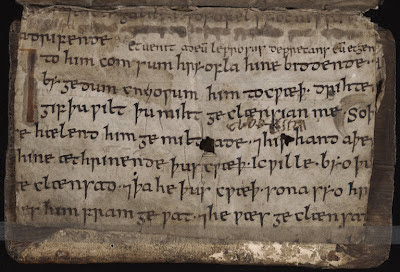 Sadly for anyone expecting new insight into the intimate practices of Anglo-Saxons between the years 600 and 1150, the word refers to a knife or dagger. The knife was a saex, also spelled seax and (yes) sex, and a hand-saex was a weapon held in one hand. The word for hand in Old English was hand. Very handy. Saex comes from a Germanic root (sah or sag) meaning to cut. It survives today only in the narrowly defined word sax, a tool used to trim roofing slates. But before the Norman Conquest of 1066 reshaped the English language and gave us Middle English – a process that took about a century to filter down to ordinary folks – saex was all the rage.