Archaeologists have used an army field hospital’s x-ray machine to examine a corroded steel sword, confirming the pattern of the weapon alongside a spearhead and shield core found at a burial site on Salisbury Plain. 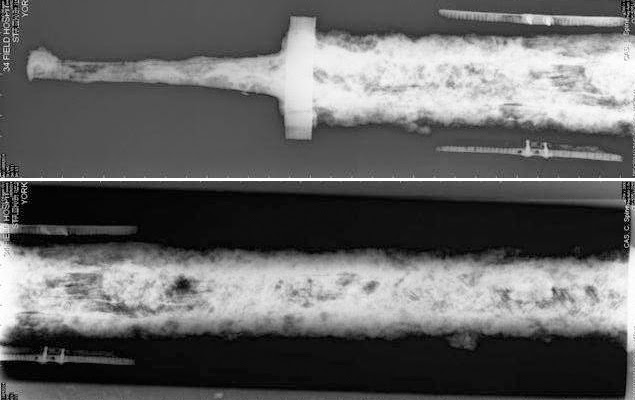 Archaeologists have enlisted the help of the army to x-ray a sword found in Salisbury  during the summer [Credit: © Wessex Archaeology]

The 85 centimetre blade was found with the grave goods at Barrow Clump, a 40-metre cemetery where 27 bodies – including the remains of Anglo-Saxon warriors – were discovered in 2012.

“The sword was too large for our in-house x-ray facilities,” reflects Laura Joyner, of Wessex Archaeology, who says the sword caused “great excitement” at the excavation.