Analysis shows less Viking DNA than expected, and no single group of Celts. 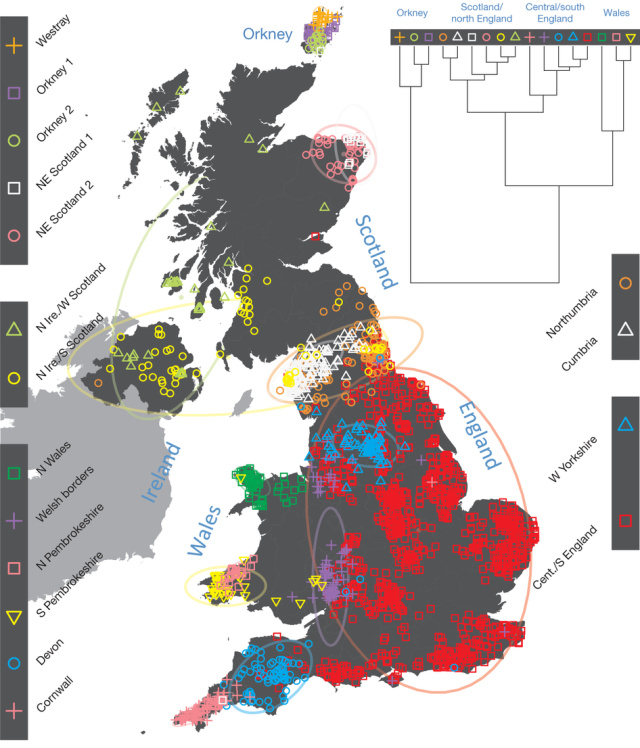 A fine-grained genetic analysis has created a detailed map of genetic variation across the UK. It gives us a clearer picture of the waves of migration that populated the UK and could also contribute to research on genetic diseases.
Obviously, people in the UK these days don’t always stick around where they were born, so people in a given region don’t necessarily share ancestry. But, if you can find people whose ancestry is closely tied to a particular region, it becomes possible to approximate what genomes would have been like a century ago, before people could move around so easily.
A paper published in Nature this week analyzed the genomes of 2039 people whose grandparents were all born within 80 kilometers (50 miles) of one another. This effectively meant that the researchers were sampling the genomes of the grandparents, whose average birth year was 1885 and who obviously had strong ties to a region. This allowed the researchers to investigate the genetic structure of the UK population before the mass movements of last century.
Read the rest of this article...
Posted by David Beard MA, FSA, FSA Scot at 18:07

The Bayeux Tapestry and the Norman Conquest

The Bayeux Tapestry and the Norman Conquest:
A Commemoration of 1066

2016 is the 950th anniversary of the momentous year 1066, which climaxed with the Battle of Hastings and the Norman Conquest of England. The Bayeux Tapestry commemorated the lead-up to that Conquest and we commemorate, in this conference, both historical events and the work of art. We compare The Bayeux Tapestry’s version of history with other sources and examine the cultural milieu that produced and appreciated it. We consider the ways in which the Bayeux Tapestry is unique among medieval textile furnishings; and we examine how The Bayeux Tapestry itself has been and still is being commemorated, from the nineteenth-century replica displayed in Reading to recent and current community projects that portray history in needlework.

DNA study shows Celts are not a unique genetic group

A depiction of the Celtic Queen Boudicca from AD 1. Why are Celts' descendents not a single genetic grouping?


A DNA study of Britons has shown that genetically there is not a unique Celtic group of people in the UK.
According to the data, those of Celtic ancestry in Scotland and Cornwall are more similar to the English than they are to other Celtic groups.
The study also describes distinct genetic differences across the UK, which reflect regional identities.
And it shows that the invading Anglo Saxons did not wipe out the Britons of 1,500 years ago, but mixed with them.
Published in the Journal Nature, the findings emerge from a detailed DNA analysis of 2,000 mostly middle-aged Caucasian people living across the UK.
Read the rest of this article...
Posted by David Beard MA, FSA, FSA Scot at 19:32 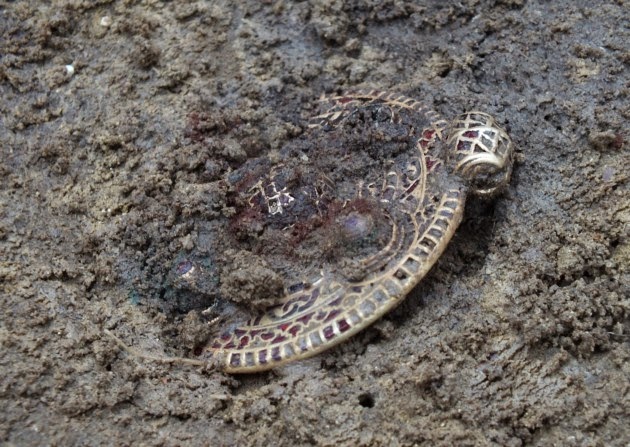