Archaeologists from the University of Leicester have discovered the hidden gems of the Leicestershire village during an investigation into how different generations have re-used ancient sacred places.

Archaeologists have dug into Rothley's ancient past and discovered a bronze age barrow and an Anglo-Saxon cemetery - shedding important light on the history of the area.
Archaeologists from the University of Leicester have discovered the hidden gems of the Leicestershire village during an investigation into how different generations have re-used ancient sacred places.
The project, funded by Persimmons Homes in advance of a new housing development off Loughborough Road, Rothley, explored the concept of Iron Age and Anglo-Saxon people possibly making connections with Bronze Age barrow builders in order to create their own sense of place in the landscape.
Read the rest of this article...
Posted by David Beard MA, FSA, FSA Scot at 16:43


Archaeologists have unearthed evidence of what is believed to be the largest Anglo-Saxon building found in Scotland. 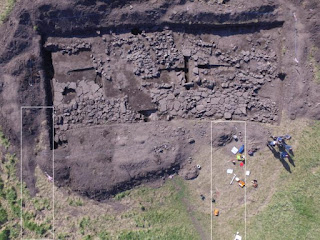 The foundations of the building, which may have been a monastery or even a royal home dating back to about 1,200 years ago, were discovered during excavations in Glebe Field, Aberlady.Tests on an animal bone found at the scene have confirmed it dates back to between the 7th and 9th century.Ian Malcolm, from Aberlady Conservation and History Society, described the first date evidence from the site as “very, very exciting”.He said: “It is evidence that it was an important and a wealthy site.” 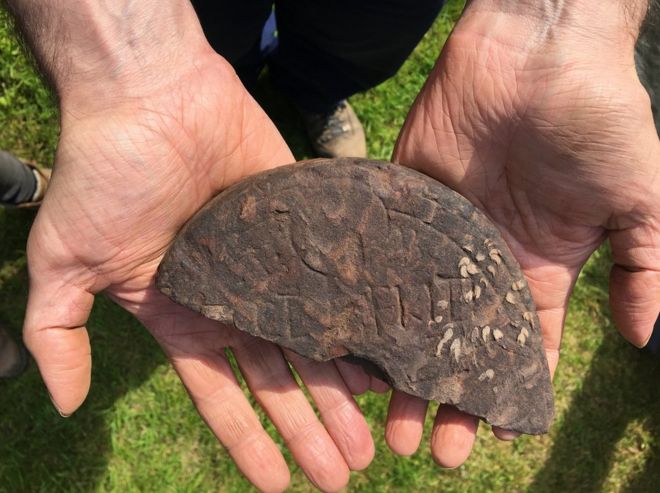