'Find of the century': medieval hoard of treasures unearthed in Cambridge 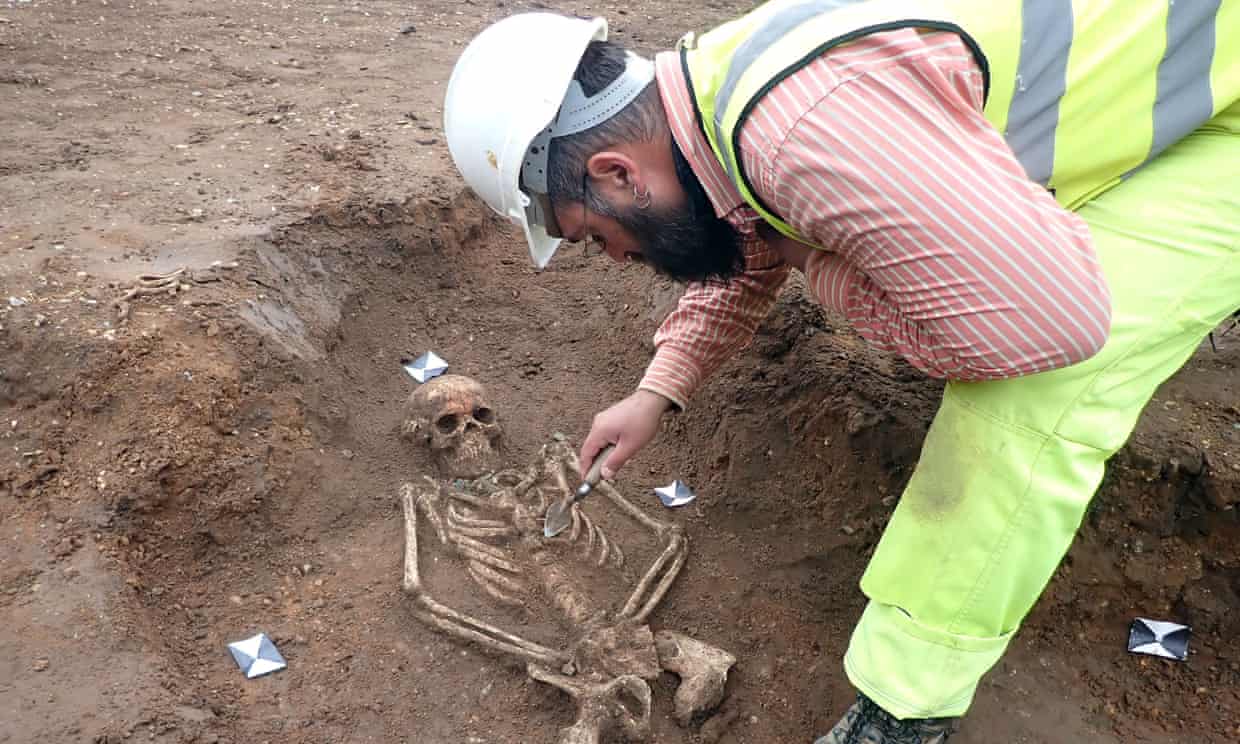 The human remains found at the Cambridge site are remarkably well preserved in the alkaline soil. Photograph: Albion Archaeology
Graves found under demolished student halls are providing valuable insight into life in a post-Roman settlement
An early medieval graveyard unearthed beneath student accommodation at Cambridge University has been described as “one of the most exciting finds of Anglo-Saxon archaeology since the 19th century”.
King’s College discovered the “extensive” cemetery, containing more than 60 graves, after demolishing a group of 1930s buildings which had recently housed graduates and staff in the west of the city, to make way for more modern halls.
Around 200 items in the graves, including bronze brooches, bead necklaces, swords, short blades, pottery and glass flasks, have been systematically uncovered. Most date from the early Anglo-Saxon period (c400-650 CE), although evidence of iron age structures and Roman earthworks has also been found.
Read the rest of this article...
Posted by David Beard MA, FSA, FSA Scot at 16:36