Norfolk discovery of 1,100-year-old brooch 'will remain a mystery' 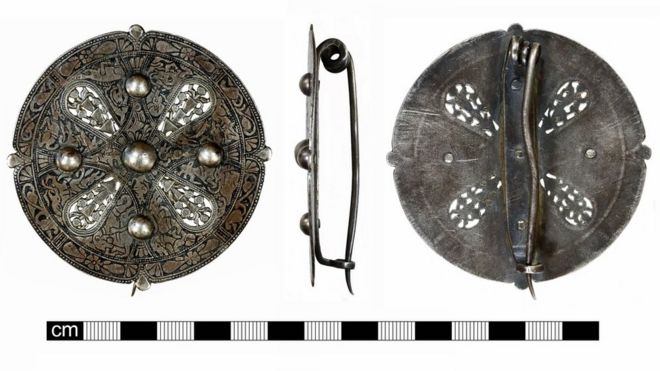 The origins of a 1,100-year-old brooch found in a lorry-load of soil may be "a mystery" that is never solved, say archaeologists.

The late 9th Century silver disc was discovered in a field in Great Dunham, Norfolk, which had recently been landscaped.

It is not known where the soil came from, but experts say the find is similar to the nearby Pentney Hoard.

The British Museum said the discovery was of "national importance".

An inquest - the process by which the find may be officially declared treasure - has been opened in Norwich and will conclude on 9 June.