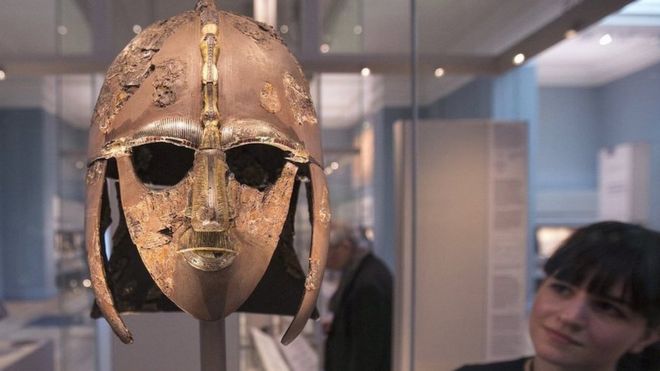 Analysis of black organic fragments found in the Sutton Hoo boat burial has revealed they are bitumen from Syria.
The Suffolk site was excavated in 1939. Gold and garnet jewellery, silverware and ceremonial armour were discovered.
The small black objects scattered among the 7th Century finds were believed to be pine tar used for boat maintenance.
British Museum and Aberdeen University experts have revealed they are bitumen Andrew said they demonstrated the "far-reaching" Anglo-Saxon trade network.