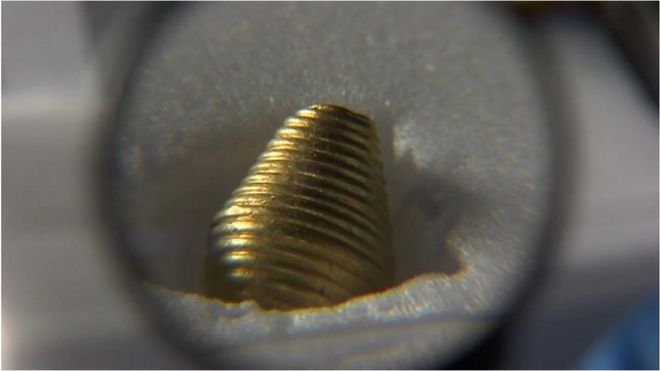 One of the beads found at the site in Rendlesham


Archaeologists believe they have found a lost Anglo-Saxon royal palace near one of Britain's best known finds.
Archaeologists have been studying an area at Rendlesham, about four miles (6km) from the Sutton Hoo burial site.
Faye Minter, project co-ordinator, said the remains of a 23m (75ft) by 9m (30ft) structure could have once been a royal hall or palace.
And she said it was "likely" there are "other royal burial sites" like Sutton Hoo dotted along the River Deben.
The hall find, said Ms Minter, of Suffolk County Council's archaeological unit, might be the same "palace" referred to by the Venerable Bede in the 8th Century.
Read the rest of this article...
Posted by David Beard MA, FSA, FSA Scot at 19:37