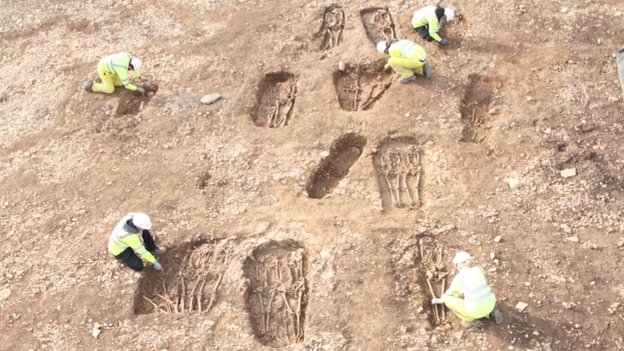 The burials date from the 7th Century


A Dark Ages cemetery and more than 100 burials has been unearthed at the site of a new nuclear power station.
The discovery is one of many by archaeologists who have spent years excavating ground where Hinkley Point C is being built in Somerset.
Flint tools dating from the Neolithic and Bronze Age periods and Roman building remains were also found.
All the results of the dig, which began in 2012, are being revealed in an exhibition at the Museum of Somerset.
Read the rest of this article...
Posted by David Beard MA, FSA, FSA Scot at 17:03