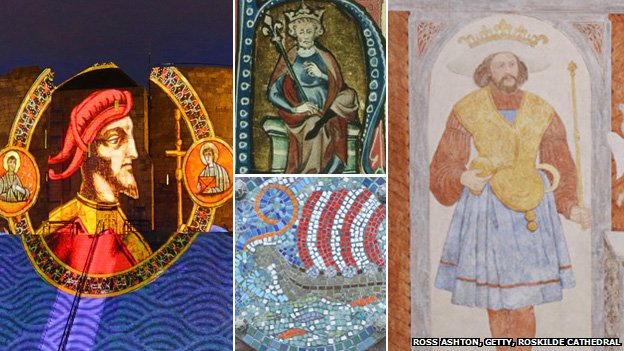 Sweyn Forkbeard (shown left), England's shortest reigning king, remains in the shadows of both his son Canute the Great, and father Harold Bluetooth


On Christmas Day 1013, Danish ruler Sweyn Forkbeard was declared King of all England and the town of Gainsborough its capital. But why is so little known of the man who would be England's shortest-reigning king and the role he played in shaping the early history of the nation?
For 20 years, Sweyn, a "murderous character" who deposed his father Harold Bluetooth, waged war on England.
And exactly 1,000 years ago, with his son Canute by his side, a large-scale invasion finally proved decisive.
Read the rest of this article...
Posted by David Beard MA, FSA, FSA Scot at 11:25