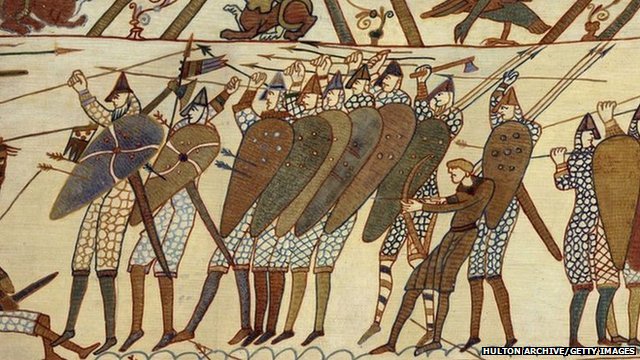 
New evidence that questions the traditional site of King Harold's death during the Battle of Hastings is being considered by English Heritage.
Battle Abbey in East Sussex is said to stand on the spot where King Harold died when the English army was routed by the Normans in 1066.
But Channel 4's Time Team claims he fell on the site of what is now a mini roundabout on the A2100.
Abbey curator Roy Porter said the theory would be taken into account.
English Heritage runs 1066 tours of the traditional site of the Battle of Hastings but the actual location has been disputed before.
Read the rest of this article...
Posted by David Beard MA, FSA, FSA Scot at 18:25