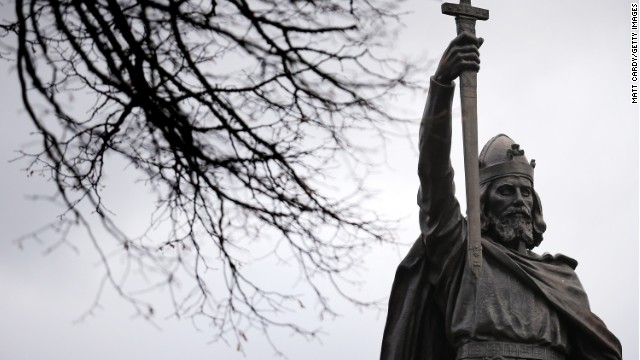 Archaeologists dug up an unmarked grave in a quiet English churchyard in search of remains of King Alfred the Great, a ninth century monarch credited with fending off the Vikings.


The exhumation was apparently triggered by fears that interest over the recent discovery of the skeleton of Richard III could lead grave robbers to dig the area for his bones.

Alfred the Great is known to generations of schoolchildren through a popular legend that tells of his scolding by a peasant woman for letting her cakes burn while he watched over them.

He was at the time preoccupied with the problem of how to repel the Danes, who had captured swaths of Anglo-Saxon England.


Read the rest of this article...